– The term midlife crisis was coined by a Canadian psychoanalyst in 1965.  Which means the term is 54 years old . . . and probably having its own midlife crisis.

–  The trench coat got its name because British and French soldiers wore long coats in the trenches of World War One.

–  When he was on “Miami Vice”, Philip Michael Thomas came up with the idea of the “EGOT.”  That’s where you win an Emmy, a Grammy, an Oscar, and a Tony.

He even wore a gold medallion that said “EGOT,” because he wanted to win them all.  But as of today, he’s never even been nominated for ANY of them.

–  Asperger syndrome is named after a doctor named Hans Asperger from Austria . . . who worked with the Nazis during World War Two.

– 82% of people say they’re more PRODUCTIVE when they wear comfortable clothes to work, according to a new survey.  And 56% feel more confident when they’re comfortable.  (Full Story)

–  The MAJORITY of parents say they feel like they’re missing out on the fun of raising their kids because of their obligations, according to a new survey.  And 40% admit they’ve already missed at least one major milestone in their child’s life.  (Full Story)

–  A new survey found the most embarrassing social situations include forgetting someone’s name . . . passing gas in public . . . having the hiccups in a work meeting . . . and your significant other having a temper tantrum in public.  (Full Story)

–  It turns out there was a bug that affected text messages back on Valentine’s Day . . . so a bunch of people JUST got texts that were sent to them on February 14th.  And people are sharing the awkward stories on social media.  (Full Story)

–  Coca-Cola is getting into the flavored seltzer game to compete with La Croix.  They’re launching a new line of seltzers in March called AHA.  (Full Story)

–  A guy in Australia got dumped by a date on Tuesday . . . right before he won $553,000 on a horse racing bet.  After that, she decided to stick around, and he bought her drinks . . . but they went their separate ways after that.  (Full Story)

–  A woman in Baltimore was rushed to the ER earlier this year after she had sex with her husband . . . and some of the penicillin he was taking for an infection was sexually transmitted to her.  She’s allergic to penicillin and went into anaphylactic shock.  Fortunately, the doctors were able to treat her, and she was released within 24 hours.  (Full Story)

–  A guy in Oklahoma was busted trying to steal an ATV on Tuesday.  And he was wearing a t-shirt that said . . . “Ain’t nothin’ illegal ’til you get caught.”  He was arrested.  (Full Story)

–  A guy in Wisconsin was busted for drunk driving earlier this week . . . after someone spotted him driving with a CHICKEN on his shoulder.  (Full Story)

–  A nine-year-old kid in England kept getting in trouble at school for doodling in class.  But his parents embraced it . . . signed him up for art classes . . . and a restaurant recently hired him to cover an entire wall in his doodles.  (Full Story) 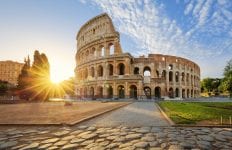