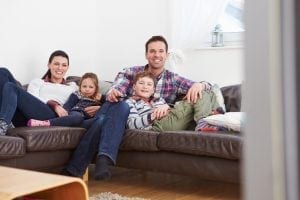 Did you know Americans watch the most TV? Of course we do – with like 300 different networks producing so many original shows it’d literally be impossible to find enough time to watch all of ’em.
But we’re gonna try. According to a study, people in North America watch more TV than anyone else in the world. We watch an average of four hours and three minutes a day, which is WELL above the worldwide average of just under three hours.

• “The Bachelorette” at 8:00 p.m. on ABC.  Former bachelorette DeAnna Pappas guests and Margaret Cho teaches the guys how to roast someone.

• “The Soul of America“ at 9:00 p.m. on HBO.  A comparison of the current political chaos and partisan fury to other critical times in our nation’s history.  It includes crises faced by Grant, Teddy Roosevelt, FDR, Truman and Eisenhower.  As well as MLK, Rosa Parks, the KKK, and McCarthy’s community witch hunts.

• The first season finale of “Kal Penn Approves This Message” at 10:30 p.m. on Freeform.

• The series premiere of the mythological anime “Blood of Zeus” on Netflix.

• The second season premiere of the British sitcom “Ghosts” on HBO Max.

• The stand-up special “Sarah Cooper: Everything’s Fine” on Netflix.  You know her as the TikTok comedian who does lip sync impersonations of Trump.