FORT WAYNE, Ind. (ADAMS) – Fort Wayne police say a man is behind bars after a domestic battery situation turned into a standoff at the Summit Ridge apartments Tuesday evening.

FWPD officials released the following account of the incident:

“Officers were called to 850 Ridgewood Drive in reference to a party armed/domestic battery. Officers received a call from a family member that a female at this residence was being attacked by the suspect and he was armed with a knife.
When officers arrived they were able to make contact with the woman and got her out of the apartment. The suspect, Eric Smallwood remained inside and according to the victim and barricaded himself inside a bedroom. Emergency
Services, Crisis Response, and Drone units were paged out.

Once on scene, the specialty units repeatedly attempted to make contact with the suspect to get him to surrender. There was no response. Officers began the process to obtain a warrant. The attempts to contact the Smallwood continued yet they went unanswered. There were charges pending for Domestic Battery, Domestic Battery with a Deadly Weapon, Strangulation, and Invasion of Privacy stemming from the incident today (Tuesday).

After the warrant was obtained, Fort Wayne Police Emergency Services Team once again loud hailed and attempted to get him to peacefully surrender. When the suspect did not exit Officers entered the apartment to apprehend Smallwood.
They cleared the first and second floors and eventually found the suspect in the attic area of the apartment. He was taken into custody a short time later.” 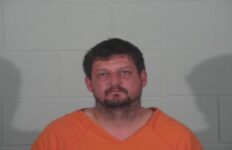 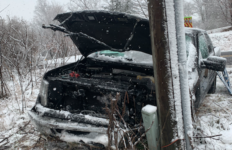