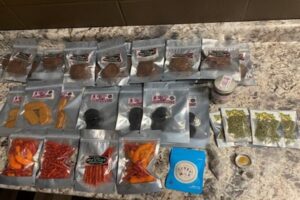 WARREN CO., Ind. (ADAMS) – Indiana State Police say a man is behind bars after driving the wrong way on a Warren County road.

ISP officials say that Saturday night, just after 11:00 p.m., Trooper Jonathan Fulfer was conducting a traffic stop on US 41 near CR 850N, when he observed a vehicle pass him, traveling south in the northbound lanes. After finishing the stop he was on, Trooper Fulfer caught up to the wrong-way vehicle on SR 63 near CR 300N, still traveling south in the northbound lanes. (Just south of the US 41/SR 63 interchange.)

Trooper Fulfer was able to stop the vehicle, a gray Chevrolet Impala, near the intersection of CR 200N. Trooper Fulfer spoke with the driver, Jerry L. Odell, 26 of Danville, IL, who was exhibiting signs of impairment. After a thorough roadside investigation and field sobriety tests, it was determined that Odell was impaired and that he was in possession of marijuana and marijuana edibles. Odell was also driving without a license.

A chemical test was taken at St. Vincent Hospital in Williamsport before Odell was arrested and taken to the Warren County Jail on the following preliminary *charges:

-Operating a Vehicle While Intoxicated (Endangerment), Class A Misdemeanor

-Possession of Marijuana, Class B Misdemeanor

-Operating a Vehicle Without Ever Obtaining a License, Class C Misdemeanor 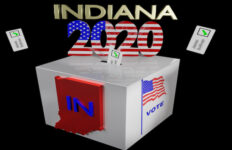 Last day to ask for an absentee ballot in Indiana→