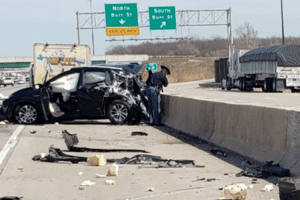 GARY, Ind. (ADAMS) – Authorities say they have identified a driver who was killed in a crash on I-80/94 in Northwest Indiana.

Bianca San Juan Vasquez, from East Chicago, Indiana, was driving Wednesday afternoon when her vehicle slammed head-on into a guardrail at the Burr Street exit.

Indiana State Police say that Thursday afternoon, just before 2 p.m., a black 2016 Toyota Rav4 was traveling east on I-80/94 at the 6.3 mile-marker. This is near the Burr St. exit. For unknown reasons, the Toyota struck the guardrail attenuator head-on. The annenuator divides the Burr St. exit ramps from I-80. The impact caused the driver of the vehicle to be ejected from the vehicle.
The black Toyota then struck a 2019 Freightliner. The driver of the Freightliner was not injured. The driver of the Toyota died at the scene. The family has been notified.

The roadway was restricted for crash investigation and scene cleanup for approximately 4 hours. The following agencies assisted at the scene: Gary Fire/EMS, Double T Towing, Hoosier Helpers and the Lake County Coroner.

The Indiana State Police reminds drivers and occupants of motor vehicles to always wear your seatbelt. 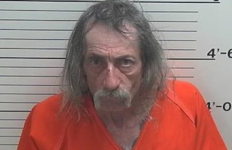 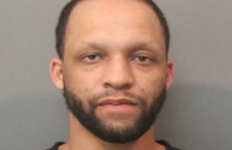