UPDATE: Two men from the Fowler area have been arrested for Arson and Murder in connection to the house fire at 103 North Polk Street that claimed the life of Daniel C. Riegle, 60 who resided at the address.

Trooper Detectives out of the Indiana State Police Post at Lafayette, Indiana State Fire Marshall’s Office, Fowler Police Department, Benton County Coroner’s Office and the Benton County Prosecutor’s Office have worked diligently over the last week to arrest Duane Scott Muse, 42 and Rhett Allen Martin, 43 both living at 307 W. 4th Street Fowler and book them into the Benton County Jail on charges of ARSON (35-43-1-1) and MURDER (35-42-1-1).

Police say the investigation is continuing.

FOWLER, Ind. (ADAMS) – Indiana State Police say they are looking into what happened before a body was found in a structure fire.

On Friday, at approximately 7:50 a.m. the Benton County Dispatch was notified of a structure fire at 103 North Polk Street in Fowler. IN.

As firefighters were putting out the fire, a body was discovered inside the residence. First responders were called up to administer lifesaving first aid to the male subject but were unsuccessful.

The Fowler Police Department was originally called to the scene to investigate. They requested the Indiana State Fire Marshal’s Office and assistance from the Indiana State Police out of the Lafayette Post for Crime Scene Investigators and Detectives to assist in the investigation.

Fowler Police Department has requested the Indiana State Police be the lead in the investigation. ISP says this is an ongoing investigation. 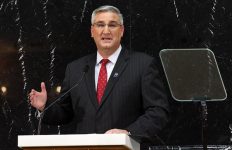