– A “mulligan” became a do-over in golf because of a guy named David Mulligan in Montreal, Quebec, Canada in the 1920s.  He hit a bad shot, then he decided to try it over again, so his friends called started calling that move a “Mulligan.”

–  “Friends” is the most popular show that people in other countries watch to help themselves learn English.  “The Simpsons” is number two.

–  “Fancy ketchup” is an actual USDA grade . . . and the highest grade. Ketchups are rated on color, consistency, defects, and flavor.

–  Merv Griffin originally wrote the theme song for “Jeopardy” as a lullaby for his son, called “A Time For Tony”.  After he decided to use it for the show, he changed the name to “Think!”

–  Lowe’s is offering a new service for people who are worried about shopping for a Christmas tree in person.  Starting next week, you can order a tree from them and they’ll DELIVER it for FREE in two to five days.  (Full Story)

–  4 in 10 Americans plan to spend less on the holidays this year.  But the average is still $1,387, or only 7% less than last year.  That includes everything from gifts and decorations, to holiday food and plane tickets.  (Full Story)

–  Dim romantic lighting can actually make food taste WORSE, according to a new study.  The researchers say it’s because food is really a “multisensory” experience . . . so it helps you enjoy your food if you can really SEE it.  (Full Story)

–  A new survey found the most important inventions of all time are electricity, phones, vaccines, lightbulbs, and the internet.  Radio is 11th.  (Full Story)

–  The people who run McDonald’s franchises are tired of losing money when the ice cream machines break down.  So, they’re taking it into their own hands . . . and have formed a team to find new machines that don’t break as often.  (Full Story)

–  A guy in Florida was drunk on Monday and got into an argument with his girlfriend . . . and he wound up throwing a PUMPKIN and its innards at her.  The police report says she was, quote, “covered in pumpkin seeds and pulp” when the cops got there . . . and the guy was arrested for domestic battery.  (Full Story)

–  A guy in Florida stole about $1,000 worth of stuff from a Walmart on Sunday by hiding a Kool-Aid packet in his hand at the self-checkout . . . so when it looked like he was scanning the items, he was just scanning the 24-cent pack of Kool-Aid.  But a security guard figured him out and he was arrested leaving the store.  (Full Story) 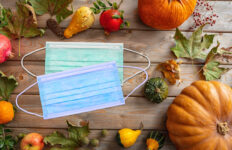