If you love cars, this one is going to HURT YOUR SOUL.

There was a car crash in the Swiss Alps last week involving a Mercedes-Benz C-Class wagon, a Porsche 911 Cabriolet, and a Bugatti Chiron.  Oh, and a motor home.

The total value of the cars that were wrecked?  $4 MILLION.  And most of that comes from the Bugatti, which is worth at least $3 million.

The police report says the motor home was driving slowly up a mountain pass and holding up traffic.

The Bugatti driver didn’t want to wait, so he tried to pass the motor home and a bunch of other cars . . . just as the Porsche driver had the same idea.  They collided, hit each other, then hit the Mercedes and the motor home.

Fortunately, no one was killed, but the Mercedes driver had to go to the hospital with injuries.

€3.5M Bugatti Chiron and Porsche 911 Crash in Switzerland. 😱🇨🇭 Three cars were in a group following a camper….

If the Hand Sanitizer in Your Car Freezes, Throw It Away→

Microsoft Patents Sensor That Tells If You’re Bored at Meetings→ 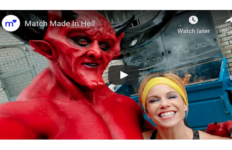 So Funny! You Have to Watch this Match.com Commercial→ 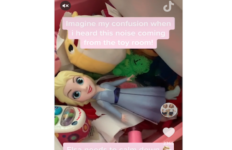 This Elsa Doll Has a Very Adult Malfunction→