FORT WAYNE, Ind. (ADAMS) – Fort Wayne police say that there were dozens of crashes after the snow started falling at a decent pace on Monday afternoon and evening.

“We found the FWPD responded to 95 accidents between the first snowfall at 2pm to 10pm. This is not counting those who exchanged information that we couldn’t get to or slide off’s into ditches as they are coded a different way most of the time,” said Sergeant Sofia Rosales-Scatena, Public Information Officer for the Fort Wayne Police Department.

Of those crashes, 85 were property damage accidents. A relatively small number of the crash though, resulted in injuries. Rosales-Scatena said that 9 of the crashes involved some kind of injury.

“These calls added to our other calls for service made for a very busy day for our officers,” said Rosales-Scatena.

A Travel Advisory is set to continue through Tuesday morning and drivers should still use caution on the roads throughout the day. 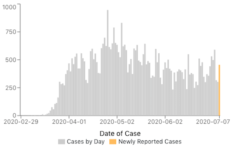 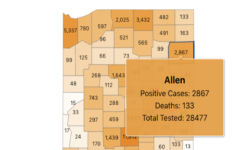 Coronavirus in Allen County: Closing in on 2,900 cases→

Garbage, recycling pickup to begin an hour earlier due to heat→